Skip to content
The small harbour town of Kalkan is one of the most picturesque in Turkey. Enchanting narrow streets lead to cobbled alley-ways, where stone houses sit on the front of the beautiful marina. Kalkan hosts a white-washed mosque that bears testament to the town’s Ottoman history. The pace is relaxed and unhurried; so it is a delight to stroll by old whitewashed houses, with their shuttered windows and timbered balconies full of flowers.
Traditional and informal Kalkan is full of charming boutiques, restaurants and bars which ooze nostalgia of past eras. Close to the town are the beautiful beaches of Kaputas and Patara, the sea water here is so clear that it sparkles under the radiant sun above.
Despite the fact that it holds no historical artifacts, Kalkan, which is connected to Kas, is a highly sought after tourism center. Known as Kalamaki in ancient times, Kalkan is on the Kas-Fethiye Highway, 25 kilometers out of Kas.
In the population exchange of 1925, the people living here migrated to either Greece or Australia. Those that left for Greece promptly set up a village near Athens they named “Kalamaki” and continued in their ways. Their children occasionally come and visit Kalkan to catch up on things that hove taken place in their old community. This provincial district, which up to recently had derived its income from making soap and olive oil, has, thanks to its spotless pensions and hotels and restaurants, which serve up some delicious dishes, become a favorite stopover place for blue voyagers. Yachts sailing past Yedi Burun, which sticks out into the sea like a sharp point, can slip into Kalkan’s safe harbor. Just as the town is able to meet all your provision needs, you’ll also have the opportunity to visit the sites of three important Lycian cities, Patara, Letoon and Xanthos all within one day.
Tourists staying in Kalkan can visit Kapitas Cave, which is located six kilometers from the town. Measuring 50x40x15, the cave is rather impressive by the way sunlight is reflected into the cave to produce incredible hues of green and blue. The cave is big enough to wander through it in a small motorboat, whereas there is the nearby Kapitas Beach as well, which is an ideal spot to take a dip in the sea.
Because it shelters so many pigeons, the cave behind Ince Burun and two kilometers from Kalkan is known as the Guvercinlik Sea Cave. Both the small, narrow mouthed Guvercinlik ini and the Deniz Cave are 100 meters from the Güvercinlik Cave. The road goes as far as Inbas Cave, on the Bezirgan Village shoreline near Kalkan. Kalkan is a good rest spot with its quaint whitewashed buildings that have been turned into pensions and restaurants over the past several years. They look fabulous in spring, decked out with purple and red bougainvillea flowers.
Daily excursions to nearby locations can be made from Kalkan. For instance, a good place for trekking is the Bezirgan Plateau, which is situated just above Kalkan. Ruins of an ancient city called Pirha can be seen in the hills above the village of Bezirgan, which is full of greenery.
Trekking 15 minutes from the village, one reaches the remains at a height of 850 meters sea level. The mountain cliff is full of several stonetombs. As for sarcophagi, they are seen scattered in a sloppy manner. At Goldag, on the border of the two villages of Bezirgan and Islamlar, one finds incredibly worked stone tombs that are interconnected to each other. Exiting the village of Bezirgan on the way to Gömbe, one encounters a Lycian house-type tomb that has been carved into the rock opposite a plane tree. This tomb, which was decorated with both inner and outer reliefs, is currently in a damaged state.

How to travel to Kalkan?

Kalkan is connected to Turkey’s mainland by the coastal road which follows along the Mediterranean between Fethiye and Antalya.

Another important road connecting Central Anatolia with Kalkan, joins the coastal road 26 kilometres beyond Fethiye at Kemer Junction. From Elmali, there are two good roads which link with Kas and Finike.

Alternatively, coach/bus systems in the world; and in this way every major township in the area is con

Click one of our representatives below to chat on WhatsApp or send us an email to info@sandalkalkan.com 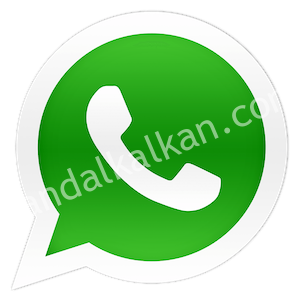 Click here to chat with us Hi, How can I help?